Why Do We Get The Munchies? 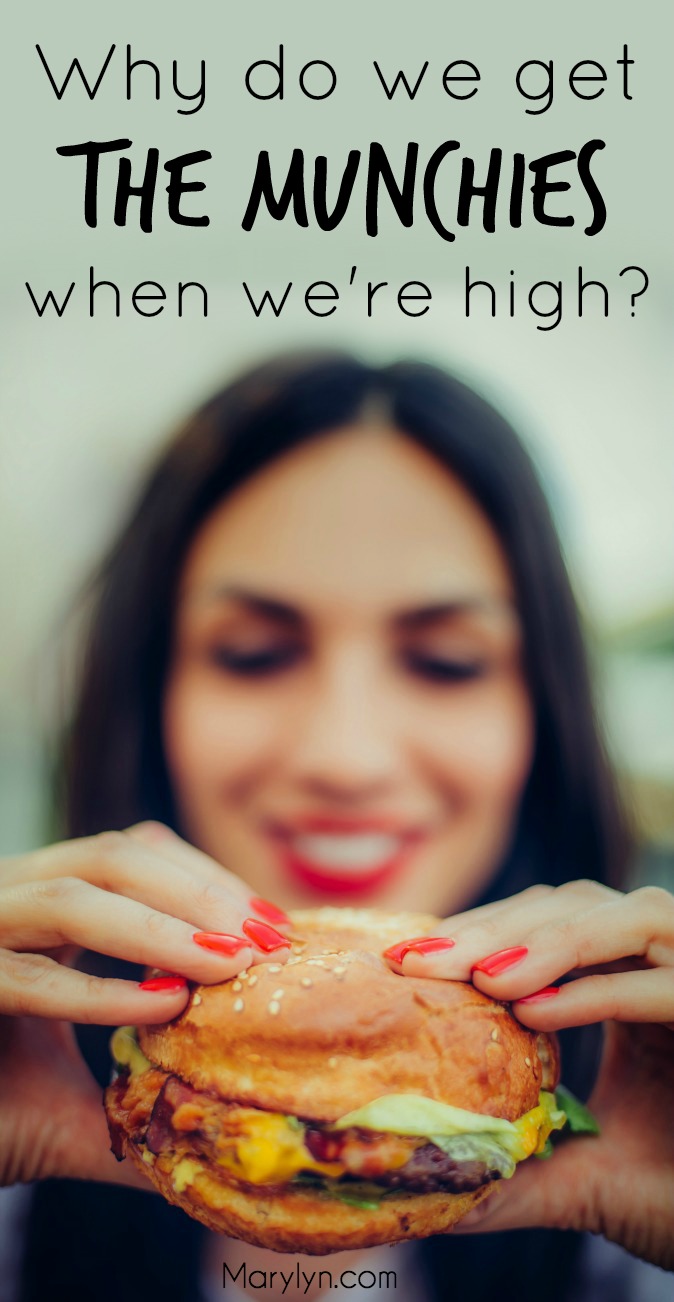 Why do we get the munchies when we get high? Greg and Mitch give us a little bit of insight into where the weed munchies actually come from.

So what are the munchies anyway? Well, it’s that strong desire to eat everything in sight after you get stoned even though you might have just had dinner. But why does this happen and why does everything taste so good when you’re high?

First off, what is awesome is that scientists will actually get mice stoned to study them and recently there was research number that got dozens of mice really high trying to figure out what caused the munchies.

It turns out there’s a set of neurons in the hypothalamus of your brain that play a key role in controlling hunger known as POMC’s. Researchers predicted that marijuana would decrease the activity in the POMC’s because this is the area that makes you feel full but they actually found the exact opposite. Getting high actually revs up the activity in this part of the brain but it’s releasing different chemicals. So when you’re not high it’s releasing chemicals that suppress your appetite but when you get high it’s releasing chemicals that promote hunger. Thus marijuana slips on the hunger switch in your brain.

One study found of marijuana decreased the gut hormone peptide tyrosine-tyrosine which actually inhibits your food intake but most importantly pot increases the production of the hunger hormone known as ghrelin so the more ghrelin there is in your body the hungrier you are.

Another reason you might want to chow down after you hit the bong is that food tastes and smells better when you’re high. In an experiment researchers exposed mice to both banana and almond oil. Sober mice smelled the oil at first but then stopped showing interest a phenomena known as olfactory habituation. However, when mice were dosed with THC they kept sniffing and sniffing showing an increased sense of smell.

Marijuana also affects the glands located at the bottom of your mouth which produces 70% of your saliva and they’re called the submandibular glands. So when you’re high the THC actually binds to the gland and the glands stop receiving messages from the parasympathetic nervous system causing you to stop producing saliva. This is why you get pasties or cotton mouth or that famous dry mouth whenever you get to stoned.

Don’t expect all food to taste good. When we eat something delicious it stimulates the release of dopamine that feel-good chemical that’s released and associated with the reward part of your brain. When you’re high and eat something yummy that amount of dopamine increases even further however it doesn’t exactly enhance the taste of foods that you don’t like. Which is why when you’re high you’re probably going straight for the junk food or other things that are already stimulating your dopamine reward center.

Previous Article
Are We There Yet? Marijuana Makes It In Oprah Magazine!
Next Article
How to Save Money on Cannabis in Expensive Legal Markets