Happy 4/20 Eve!  Hope you’re all getting ready for this year’s celebration.  Let’s have a little bedtime story (read by Bill Maher) to set the mood. 😉

‘Twas the night before 4/20 and all through the crib not a creature was stirring not even … did you hear something? Is the door locked?

I was wearing a t-shirt and shorts from the gym, I just settled down to watch adult swim.

The bowls were all packed and the vapes with great care in the hopes Willie Nelson soon would be there.

When from out in the yard came a crash in bellow whatever it was it was harshing my mellow. And what to my wandering eyes should appear?

It was a tall circus clown molesting a deer.

I guess I should mention I was thoroughly baked.

Then out of the shadows I saw it myself it was Willie Nelson and Snoop his jolly old elf. 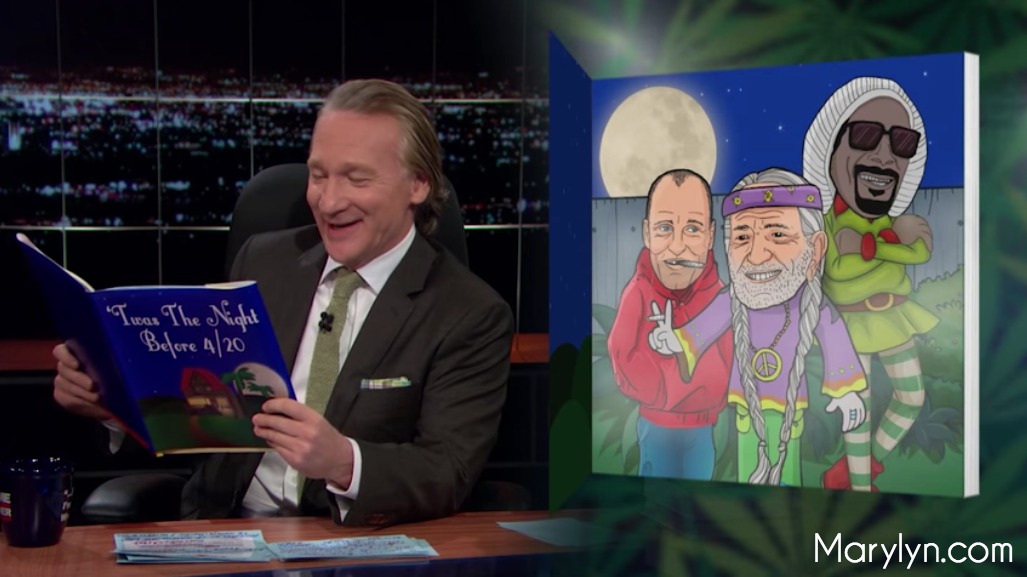 And a man who was grinning and wearing a hoodie I know in an instant it was good old Saint Woody.

I knew by their manner and the lovely aroma that they’d all brought me something to cure my glaucoma.

And I heard them exclaim, as the light bathed them dimly, Bill, you fucking stoner let us in you don’t have a chimney.

We lit up a joint and ate a pot brownie and soon were as high as a young Robert Downey.

When out on the lawn I heard such a crash, I ran to the toilet to flush all our stash.

I looked at the people and what did I spot?

The chief of police and 8 angry cops.

And then in a twinkling I heard overhead, a fully armed SWAT team I thought we were dead.

Then in they all flew like geese through a fog, they barked out commands and shot my poor dog.

They were after a pothead who matched my description but I reached in my pocket and pulled out my prescription. 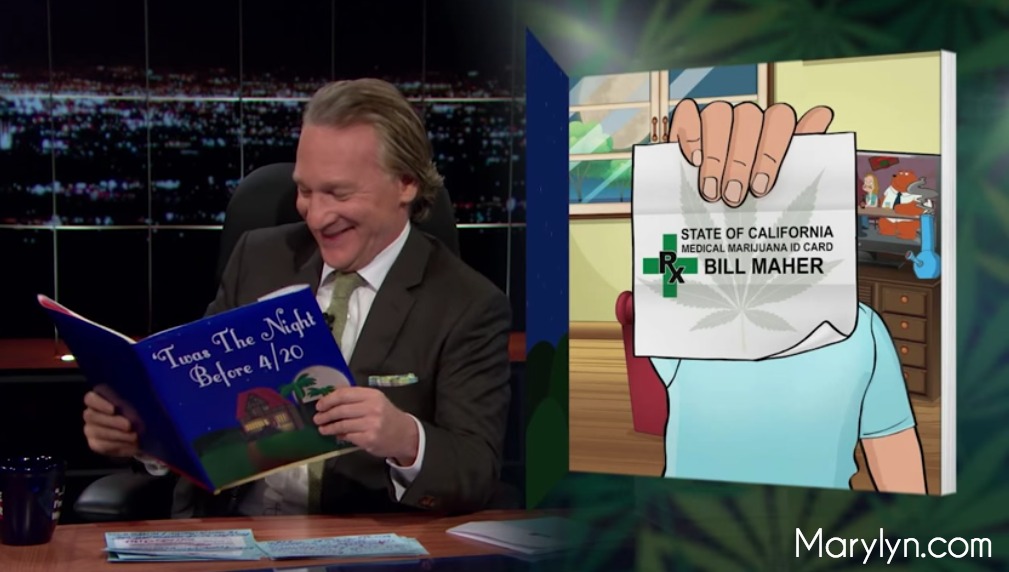 They looked at it closely, they began to whine and to grouse but they knew they had nothing so I said, “Get out of my house.”